I have had many pets in my life. As a kid, they were mostly dogs; Ringo was was one I remember the longest, certainly, but there were others. I remember one dog that was a uniform light brown in color – unusual coloration for us, since most of our dogs were the black and orange and white of beagles. This was Sandy. I remember when we named Sandy; I was worried about that name because Sandy was a boy dog and “Sandy” was – to me – a girl’s name. My mom told me not to worry; there were boys named Sandy. And so the dog was named Sandy.

I don’t remember much about Sandy’s life, except for the fact that I loved that dog. But I do remember that Sandy’s life was not that long. I was in the passenger’s seat of my dad’s truck; we we had done some errand with it around the half-farm and were returning to the house. Sandy must have gotten spooked and darted out in front of the truck.

The impact did not kill Sandy outright, but it did break his back and did who knows what else to internal organs. I was distraught; I leapt out from the truck and went to hug Sandy and cry. But there was only one thing to do; Sandy wasn’t going to live much longer, and my dad went to make sure that the pain was not prolonged. If you’ve seen or read or even heard tell of Old Yeller, you know what farm euthanasia is.  I thought that it must be easier for grown-ups to do things like that.

It turns out that growing-up does not make it any easier.

And so it is with heavy heart that I tell the world that as the new day dawns, it dawns without Sir Rilian Aquarius Footsbane – an admittedly pompous name for an admittedly pompous cat.  Rilian’s health was of some concern for a while, but he was a happy cat, engaged with the family.  A May trip to the vet resulted in an adjustment to his diet – for weight loss – and some B12 shots, and it was recommended that we keep an eye on him for kidney problems.

He came home from that vet trip and had a happy summer.  Much attention was paid to him.

Then, two evenings ago, he gave a sharp meow as if he was in pain.  We looked at him but didn’t see anything obviously wrong; he was walking a little bit funny, but that was the extent of any obvious issues.  Perhaps he was constipated; a dose of his stool softener was administrated and he was kept under observation at home.

The at-home observation let us see two things:  he was becoming more and more lethargic and was unable to stand.  Perhaps a hip injury?  It was the weekend, so a trip to the vet on Monday seemed likely.  He was, however, also becoming more disengaged from the family; he was reacting less and less to his name and to being petted.  By late last evening, Sarah was becoming worried that something more serious than an acute injury was wrong and he needed to see the vet immediately.  We found a 24-hour veterinary hospital – one recommended on the website of our normal vet – and took him up, arriving just after midnight.

The vet looked him over, did a little bit of blood work, and came back to tell us the news.  His body was shutting down; it looked like likely kidney failure, but she would need more thorough diagnostics to be certain.  His potassium levels were very high; he could go into cardiac arrest at any moment.  She had various possible treatment options, but she was not convinced that even those would save him.  And even if they did, he would not have the quality of life that he had enjoyed.

A lengthy, painful hospital stay is no way to go.  Neither is a heart attack alone on the kitchen floor.  And so, at 1:38 this morning, surrounded by his favorite people – and even attempting to purr as I petted him, Rilian passed into a controlled sleep.

May you rest in the highest reaches of whatever awaits you. 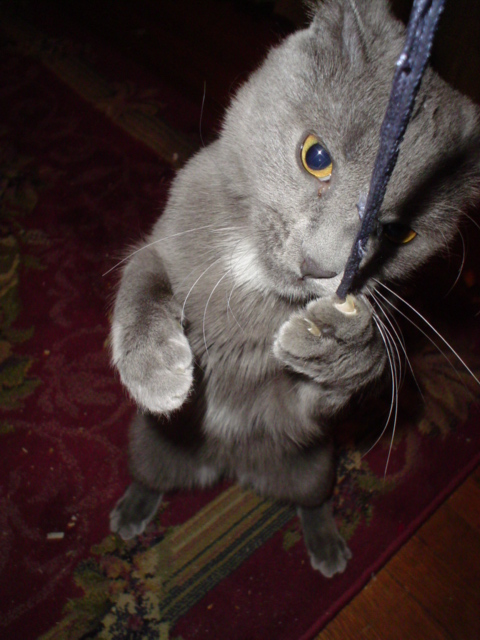 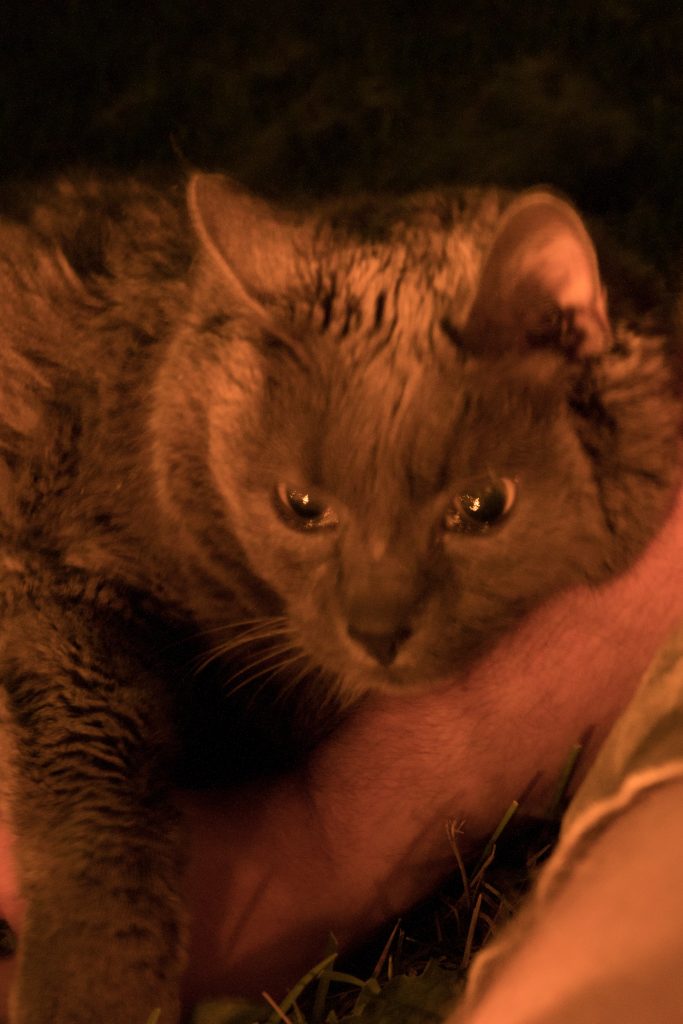